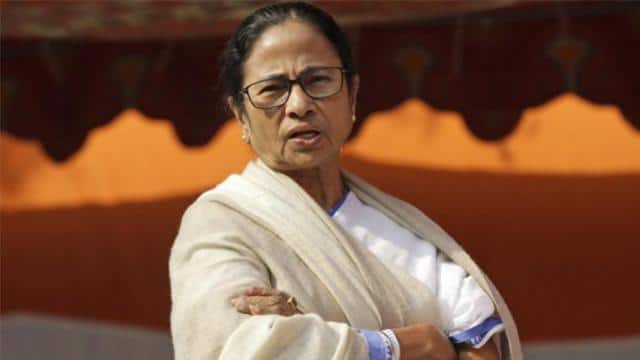 West Bengal Chief Minister Mamata Banerjee discussed in detail with Prime Minister Narendra Modi after conducting an aerial survey of the Amfan affected areas. After holding a review meeting with PM Modi, CM Mamta Banerjee said that West Bengal has lost more than Rs 1 lakh crore due to the cyclone. Let us tell you that the Central Government will immediately provide assistance of one thousand crore rupees for the damage caused by the storm of Amfan to West Bengal. Mamta Banerjee told that PM Modi told in detail that in this hour of crisis we all should work together. Discussed with him about the post-cyclone situation in Bengal.

Mamta Banerjee said that she (PM) has announced a grant of Rs 1000 crore from the Emergency Fund, but did not clarify whether it would be an advance or a package. He said that he would take a decision later but he said it could also be an advance. I said whatever decision you make, we will give you the details.

What did Prime Minister Narendra Modi say with the announcement of the relief package
Prime Minister Narendra Modi on Monday announced an interim assistance of Rs 1,000 crore to cyclone-hit West Bengal. In a video message after reviewing the situation in Basirhat in North 24 Parganas district along with Governor Jagdeep Dhankhar and Chief Minister Mamata Banerjee, Modi paid two lakh rupees to the family of people who lost their lives in the grip of cyclone Amfan and 50 thousand to the injured. Also announced an ex-gratia amount of Rs. So far, at least 77 people have lost their lives in the state.

There is massive damage to infrastructure, public and private property in North and South 24 Parganas, East and West Midnapore, Kolkata, Howrah and Hooghly districts, Modi said, “I announce interim assistance of Rs 1000 crore to the state.” . Apart from houses, detailed assessment of damage to agriculture, electricity and other sectors will be done. He said, “In this time of crisis and despair, the whole country and center is with the people of Bengal.

What did Mamata Banerjee say before the survey with PM Modi

West Bengal Chief Minister Mamata Banerjee on Friday said that the disaster in the state is more than any national disaster, before taking an aerial tour of the cyclone affected areas in West Bengal with Prime Minister Narendra Modi. So far 80 people have lost their lives due to cyclone in the state.

Banerjee said that it would take time for the situation to normalize as the cyclone caused havoc in about seven to eight districts in Bengal and around 60 percent of the state’s population was affected by it. Mamata, who arrived at Netaji Subhash Chandra Bose International Airport to welcome Modi, told reporters that it was more than a national disaster. I have never seen such devastation in my life. 60 percent of the population of West Bengal is affected by this. More than six crore people are directly affected by it.

He said, “It will take time for the situation to return to normal … It is a catastrophic disaster. All our officials and ministers are making efforts. The police is also continuously working. We are facing three challenges: Lockdown, Kovid-19 and now Disaster. The villages are completely devastated. He said, “Phone services have come to a standstill. My landline is working but my mobile phone is not working. Things are so bad. He said that President Ram Nath Kovind had also called him to get information about the situation. Also, Odisha Chief Minister Naveen Patnaik has also offered help. Mamta said that she will also visit some more places on Saturday.

Political upheaval has also continued in Maharashtra for the last few days amid the Corona virus crisis. Top leaders of the state's coalition...
Read more

Covid-19: There are two types of corona virus, know which is the most dangerous

Corona virus has not yet been found to be the exact cure, on the other hand, there is also talk of frequent changes of...
Read more
Load more